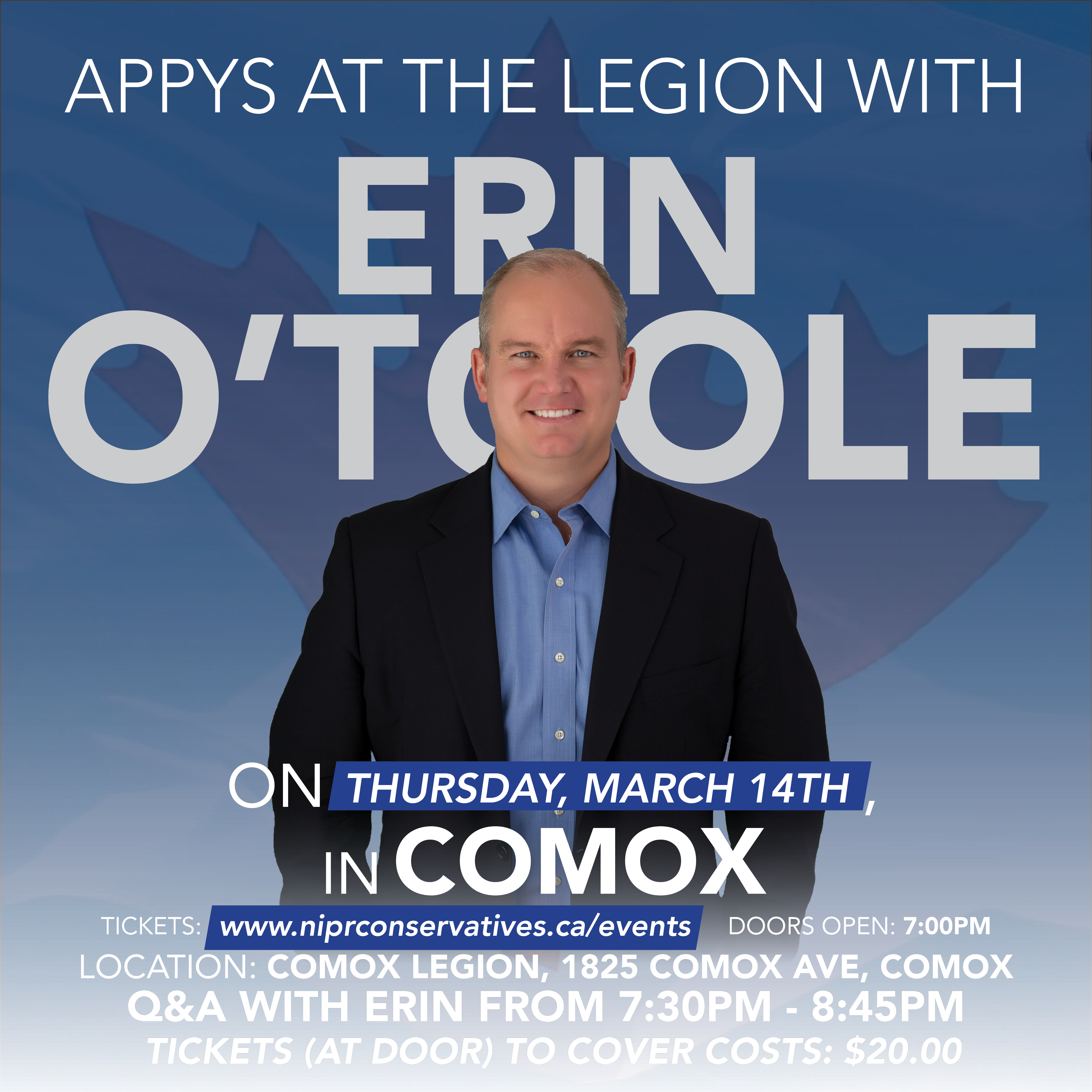 Come and join us at the COMOX LEGION, 1825 Comox Avenue, Comox

For an evening social with our special North Island—Powell River guest,

Erin O’Toole will be speaking along with our

We are honoured to have Erin O'Toole visit our riding.  He is a retired officer in the Royal Canadian Air Force (RCAF), where he attained the rank of second lieutenant.[8] His first posting with the RCAF occurred in Trenton, Ontario, where he was involved in search and rescue operations.

O'Toole also spent time at 17 Wing in Winnipeg, Manitoba, where he completed his training as an air navigator.